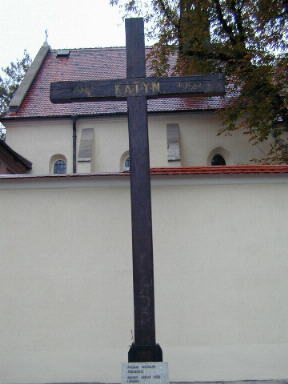 ©2001 Hank Mishkoff. All rights reserved. Used with permission. A larger version originally appeared on My Visit to Poland website. 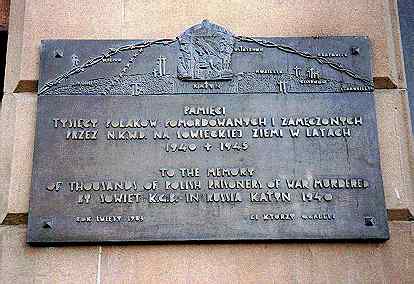 The Katyn memorial at the Sikorski Polish Club, Glasgow, Scotland. 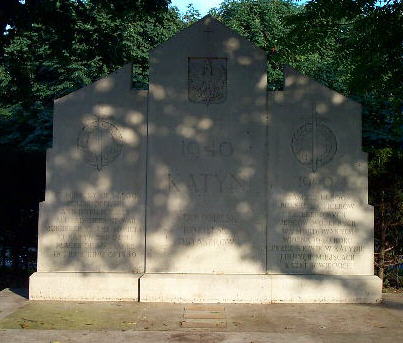 
Photos taken during his 1998 visit to Our Lady Of Czestochowa in Doylestown, Pennsylvania, USA 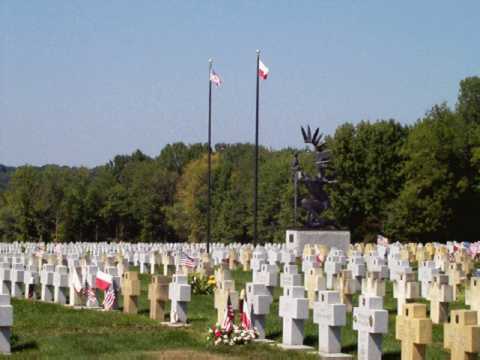 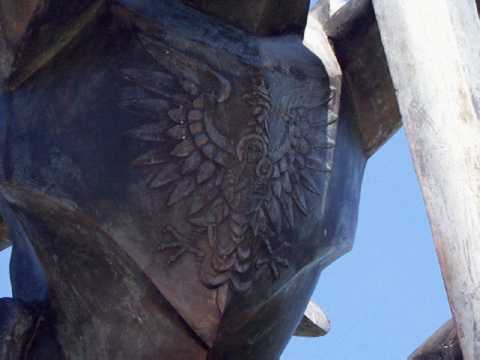 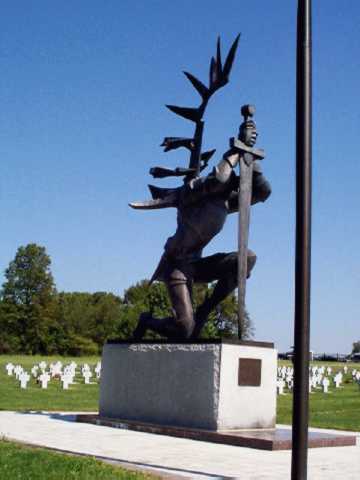 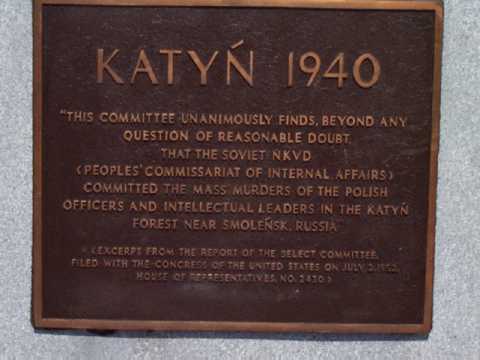 Katyn 1940
This committee unanimously finds beyond any question of reasonable doubt that the Soviet NKVD (People's commissariat of internal affairs) committed the mass murders of the Polish officers and intellectual leaders in the Katyn Forest near Smolensk, Russia.
[Excerpt from the report of the select committee filed with the Congress of the United States on July 2, 1952, House of Representatives No 2430] 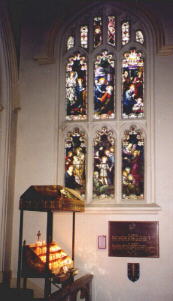 
IN MEMORY OF 14,500 POLISH PRISONERS OF WAR MURDERED BY THE SOVIETS IN 1940 AT KATYN AND OTHER UNKNOWN PLACES IN USSR


[From the plaque in St Mary of the Angels, Wellington, New Zealand.]

From Stanislaw Dawbrowski, taken during his 1999 trip to the monument in Swietokrzyskie Mountains -central Poland. 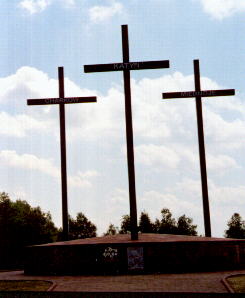 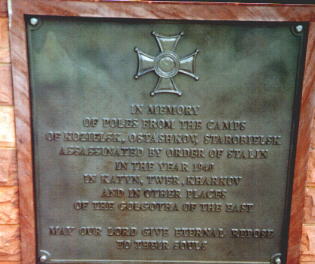 In memory of the Poles from the camps of Kozielsk, Ostashkov, Starobielsk assassinated by order of Stalin in the year 1940 in Katyn, Twer, Kharkov and in other places of the Golgotha of the east.

May our Lord give eternal repose to their souls. 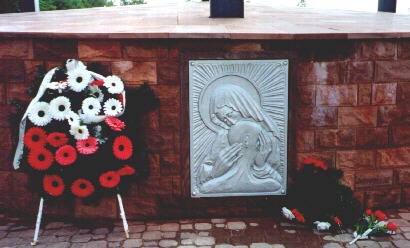